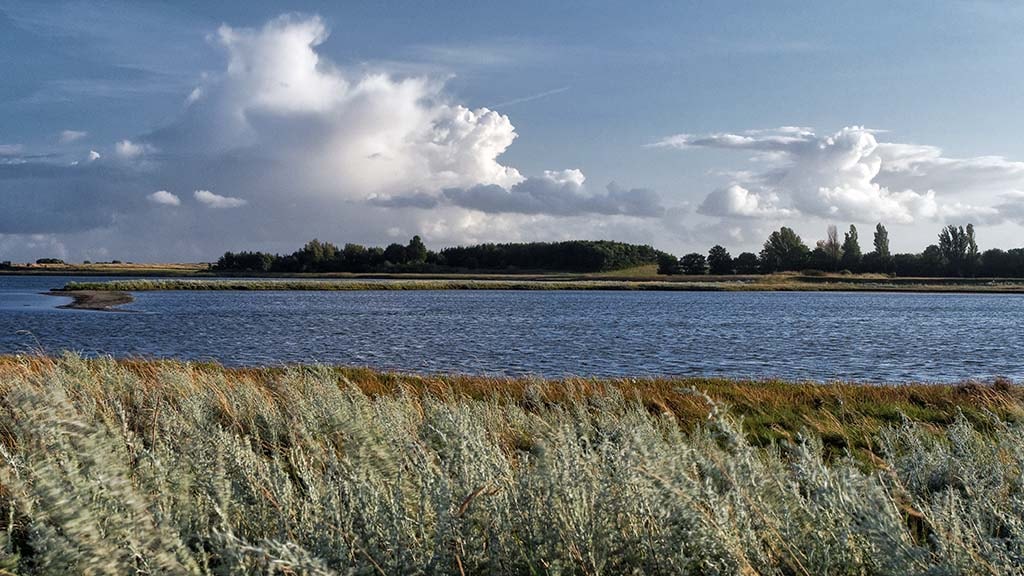 Nærå Strand is a shallow fjord, where you can see the marsh as it has looked in many places in Denmark, and spot the many birds in the area.

Nærå Strand is a shallow, narrow fjord with a water area of approx. 2 km². In the Stone Age, Nærå Strand was part of a shallow fjord that covered large parts of North Funen. It connected the Odense Fjord in the east with the area around Bogense in the west.

In the 19th century, they contained and reclaimed many areas, and Nærå Strand is therefore some of the last parts left of the old fjord. In the 1940s and 1950s, there were plans to reclaim Nærå Strand and turn it into farmland, but the fishermen fought hard against it as the area was a haven for juvenile fish. The fishermen managed to save Nærå Strand, and in 1998 the area gained status as a wildlife reserve.

Nærå Strand is marshland with narrow marshes and reeds. To the north-east up to Flyvesandet is the flat-watered Agernæs Flak, which is one of Funen's largest wading areas. It is a large nesting area for birds, so entry is not allowed during the nesting season.
It is a paradise for birds, and you can see large flocks of waders, ducks, swans, geese, sandpipers, plovers, curlews and many other birds.

You can see Agernæs Flak from Flyvesandet, where there is a bird watching tower, or from Nørreby Hals (drive to the village Nørreby and onto the road Halsvej).
You can see more at Nærå Strand from Nørreby Hals, from the end of Skærvej or from the shooting range at the former pump mill at the southeastern end of Nærå Strand.
Note that access to the outermost part of Flyvesandet is not allowed during the nesting season.