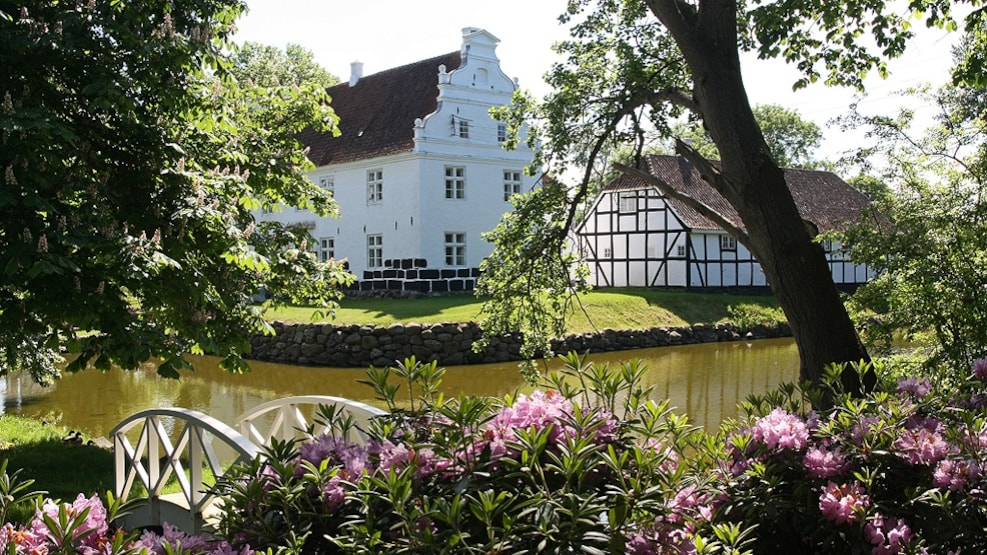 Kørup, Kjørup, Ko-torp and Putbus: Kørup Castle has a long history and many owners behind it since the 15th century, when the place was first mentioned as a new settlement.

Kørup Castle is a beautiful building located on the road close to Nærå Strand towards Flyvesandet. Kørup was first mentioned in the 15th century as village head farm. The name is derived from Ko-torp which means the cow hamlet. There was also a village and a church back then, but the other farms were destroyed in the beginning of the 17th century. Kørup belonged to the noble family Podebusk who had come to Denmark from the Wendish island Rügen. They later changed their name back to the German Putbus, and in 1702 the family inherited the family land in Germany and moved back – bringing even the family’s coffins for reburial in Germany.

After this, Kørup fell into decay until 1781 when the Danish Lord Chamberlain A. G. Moltke bought the estate and turned it into a profitable farm. The former governor of the Danish West Indies Vilhelm de Roepstorff bought Kørup in 1795 and it was owned by his family until 1921 when the large estates in Denmark had to pay taxes as well as give up some of their land. Since then, Kørup has had many owners and the fields have been sold. The Danish businessman Thor Stadil has owned the manor house since 2005.

Kørup is not open to the public, and you can only see the building from the road.