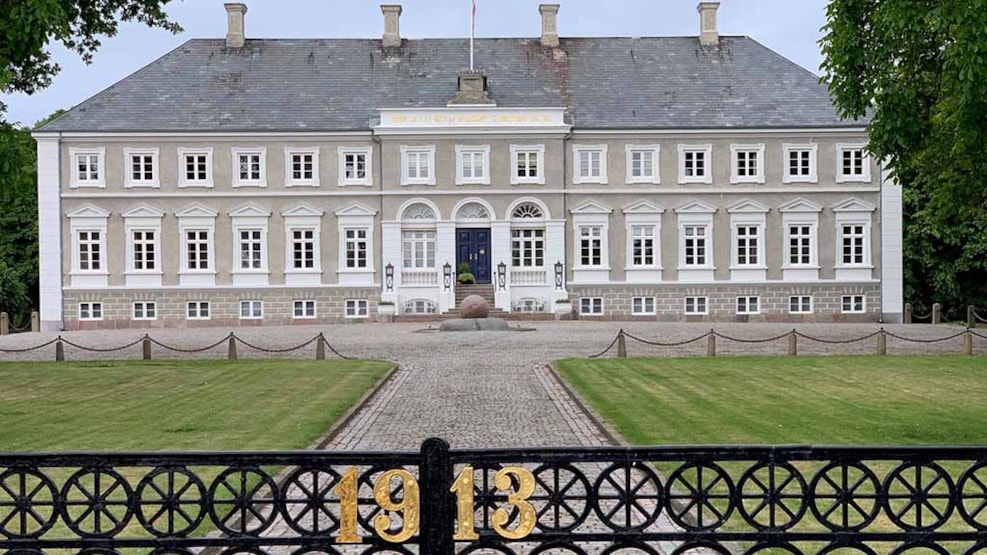 Egebjerggård is a beautiful manor house, which can mostly be seen from the road - there have been many enterprising owners with a successful estate as a result!

Egebjerggård was just a small farm under the Kørup estate until the 17th century when the owner of Kørup bought more land and let it become a manor under the name Einsidelsborg and gave it to his youngest son. The family inherited a lot of land in Germany and moved there, so the manor was sold in 1781 to the Danish Lord Chamberlain A. G. Moltke who made the farm intensive and profitable again.

The estate was later sold to the former governor of the Danish West Indies, Vilhelm de Roestorpff, and was owned by his family until 1919 when the large estates of Denmark all had to pay duties as well as give up some of their land. The manor changed its name to Egebjerggård in 1931.

The Danish entrepreneur Mads Eg Damgaard bought the estate in 1963 and since then it has been owned by his family. The manor house was built in 1831 and was restored in 1963-64.

Egebjerggård is not open to the public and can only be seen from the road.