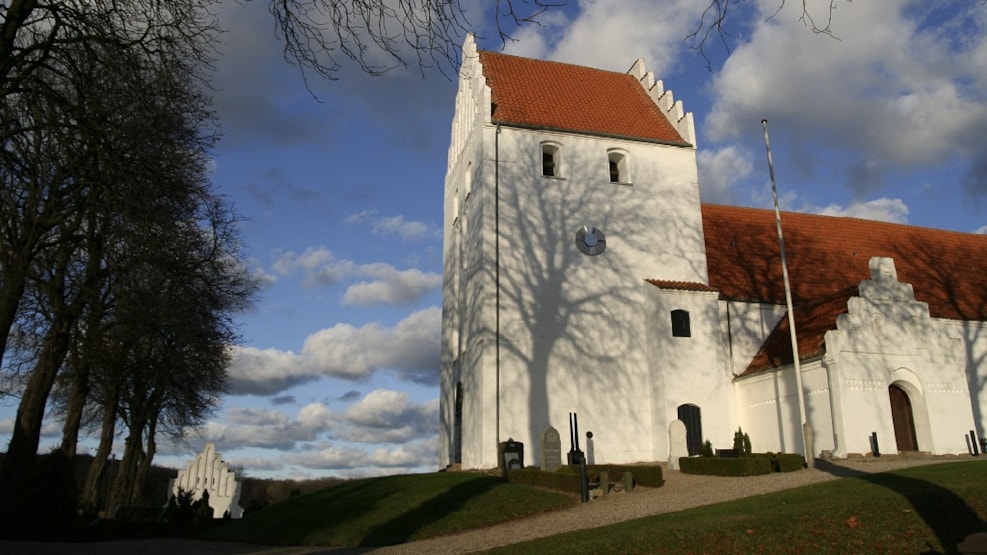 Veflinge Church is a beautiful whitewashed village church in the middle of the cozy village Veflinge, and the church contains several gifts from and memories of the noble families who lived close by.

Veflinge church is built about year 1200 with a Romanesque nave in boulders and a late Gothic rebuilding of the church in monk stone.

The church's altarpiece is from the Renaissance and donated by Corfitz Ulfeldt, the elder - junker, lord and owner of Rugård and uncle to the more famous royal council, who went to work for the Swedish side. Corfitz Ulfeldt the Elder died in 1614.