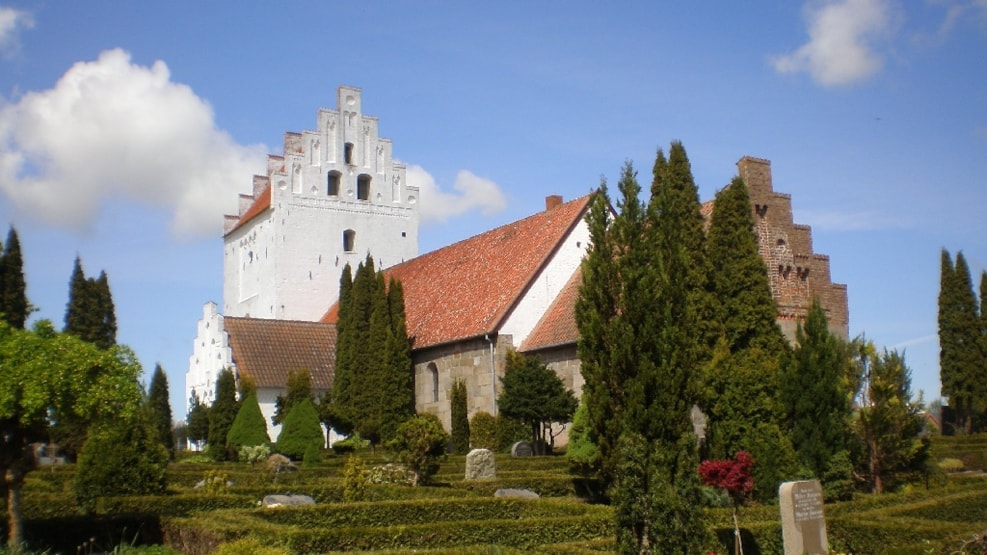 In Særslev you can see a large church up on a hill when you pass by on the main road - it's Særslev Church, which may have been a pilgrimage church and is still an impressive sight.

The church was in Catholic times dedicated to St. Nikolaus, and there was a holy spring - the so-called Maid Spring - west of the church. The church may therefore have functioned as a pilgrimage church, and that's why it's so large.

On the pediment, a "sun clock" dated back to 1788 tells the time around noon.

Legend has it that the built-in cannonball in the tower was fired at the church during the 17th century wars with Sweden.