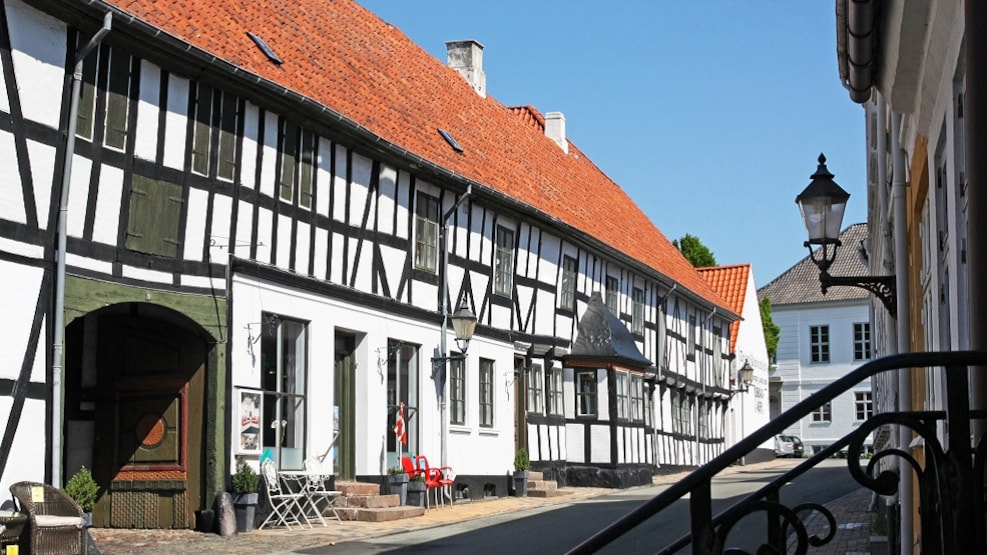 The Old Merchant's House in Østergade

The old merchant's house on Østergade in Bogense has been used as a shop since the 18th century - at that time there were three merchants in the building!

The old merchant’s house in Østergade, which was built at the beginning of the 18th century, has been listed by the Danish Agency for Culture.

The gate and the woodwork above the bay window were made in the 18th century. The same kind of woodwork can also be seen on a front door in Sct. Annagade.

The merchant’s house had its own shop where alcohol was served to customers from the countryside.

They sold everything from coffee, spices, flour, grain, cow tethers, and wood. Many of the merchants had their own ships.

Originally, there were 2-3 small shops here, but they were merged in the late 18th

century. The building was damaged quite badly by a fire in 2007, but was rebuilt