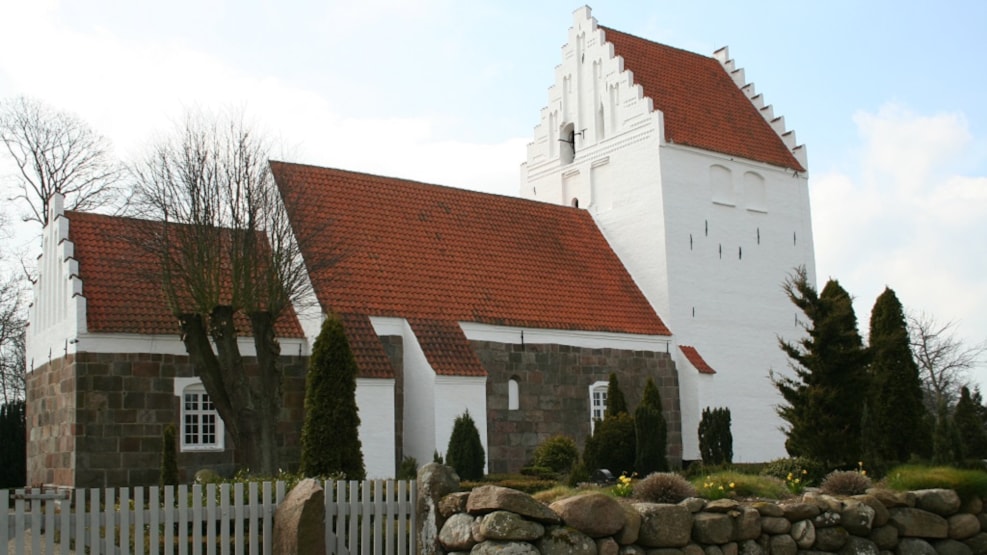 Norup Church by the road between Otterup and Bogense is from the 12th century and was dedicated to Our Lady, and today it is still a beautiful sight from the road!

The church in Norup was built in the 11th century and has been rebuilt and extended many times since then. The tower was built at the end of the Middle Ages. The porch was used for many years as a storage room for the local firefighters. The church was renovated in 1956.

Worth a look:
- The altarpiece, pulpit, crucifux and bell were all made in the 16th century and are beautiful works of the Renaissance. They were all gifted to the church by the nobleman Frederik Quitzow who was the owner of the Quitzowholm estate, whiuch is now known as Hofmansgave. The altarpiece also carries the shields of his and his wife's families.
- Baptismal font from 1200