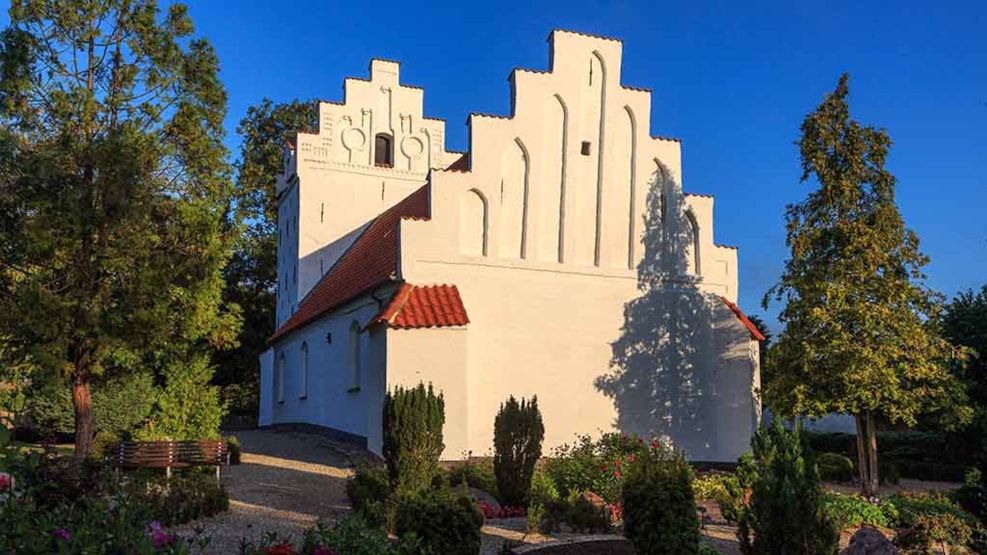 In the small village Nørre Højrup in the middle of North Funen between Bogense and Otterup, you'll find one of Funen's smallest churches, namely the beautiful medieval church Nørre Højrup Church.

Nørre Højrup Church is one of Funen's smallest churches, built of monk stones in the 12th century. The tower and church porch are later extensions.

The church has had various nobles as benefactors, including Mourits Podebusk, who was a lord at Kørup Castle in the 16th century.

The church was restored in 1955, when the church porch was made into a chapel, and the current entrance through the tower was created.
At the same time, a large late medieval crucifix was erected at the altar.