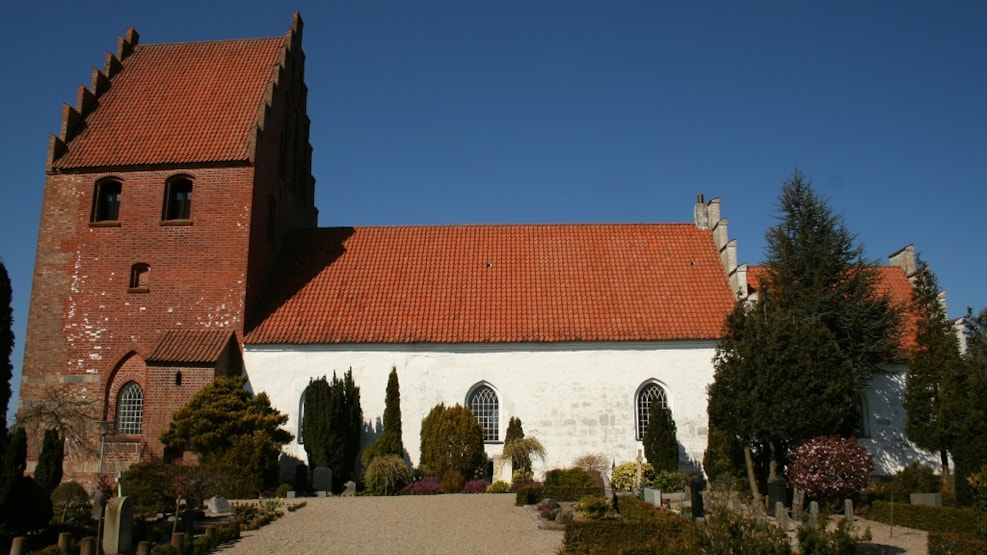 In the old village church in Lunde between Odense and Otterup you will find beautiful frescoes and many fascinating details, and this is also where King Hans bought himself a soul mass!

Lunde church is from Romanesque times around the 12th century. The church belonged to the Crown. In 1384, King Hans of Denmark issued a deed of gift to the rectory for a piece of land in exchange for soul masses being held, and this is the only time he has donated to a village church.
The tower was built around the year 1500.

In 1696 the ownership passed to the lord Christoffer Sehested of Nislevgård, and the church belonged to the estate until 1909.