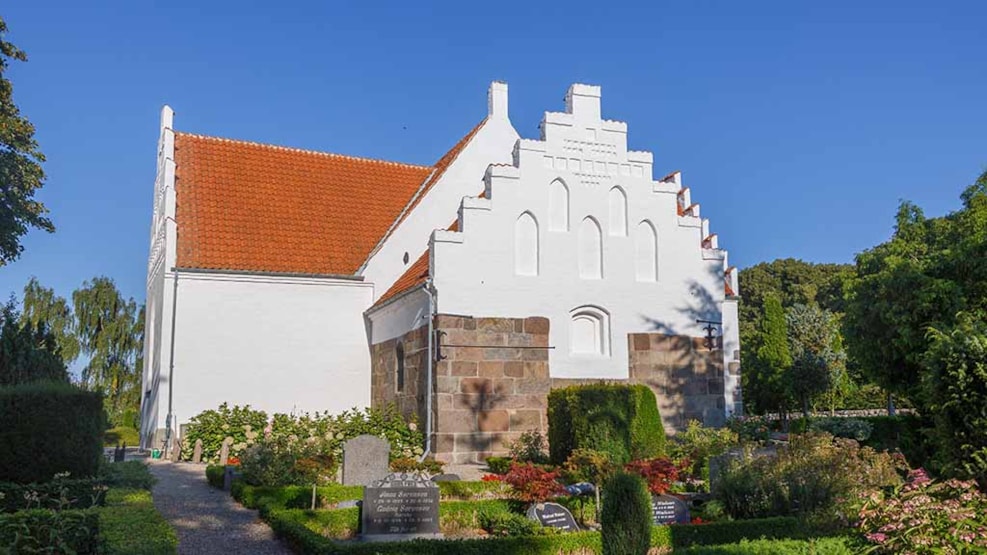 Klinte Church is built  about year 1200 in square stone with late Gothic cross arms of monk stone. It has been rebuilt many times since and was last renovated in 2003. The tower was built during the Reformation. The entrances from the sides of the ship have been bricked up, and in recent times an entrance to the tower room with vestibule was built.

From 1687, Klinte Church has been under the Jerstrup estate, which later became part of the county Gyldensteen and was owned by this estate until 1916.

Klinte Church has stood on a cliff overlooking the sea before the area was dammed. There is a sacred spring close by, which is consecrated to the holy Norwegian king Saint Olav. In 1634, the parish priest Hans Bang told of a miracle in the church, namely that blood had been found on the altar cloth, which was perceived as the blood of Jesus.