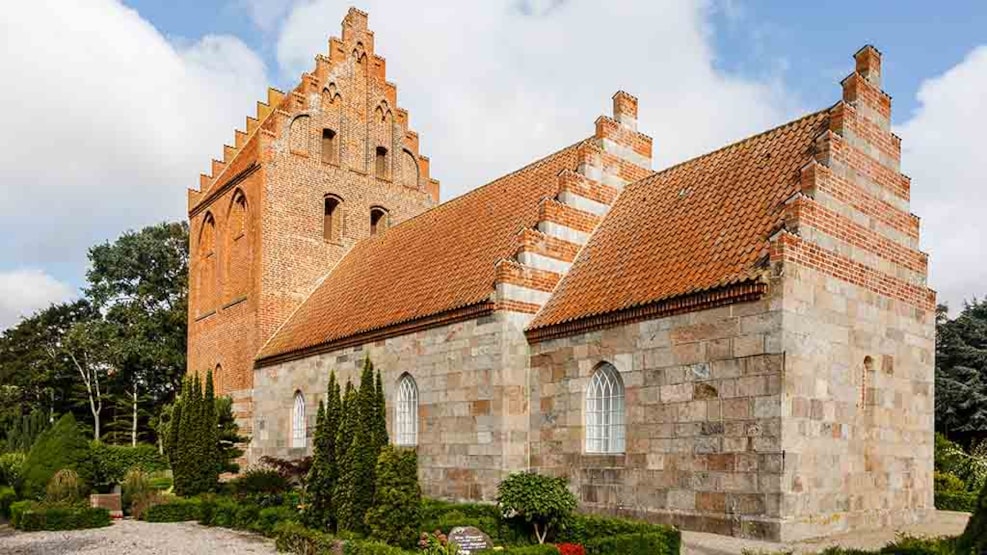 The church with the red tower on Horsebækvej between Otterup and Uggerslev was dedicated to St. Michael and is a beautiful landmark for the village Hjadstrup!

Hjadstrup church was built around the 12th century, and it was probably one of the first churches in the area. According to legend, people from Hals (the current Enebærodde and Hofmansgave area) had to get up at 2 in the morning to reach infant baptism and worship in the nearest church, which at the time was Hjadstrup Church.

The church was dedicated to Saint Michael, the archangel who defeated Satan and threw him out of Paradise.

The church belonged to the Crown until 1678, when Sidsel Knudsdatter Grubbe, who was a member of the royal court as an aide to Queen Sofie Amalie, bought this church and Østrup Church. In 1682 she sold the churches to her niece's spouse, Johan Didrich von Wettberg to Østrupgård, and the churches were then under this manor. Hjadstrup Church passed into private ownership in 1909.

It is a Romanesque block stone building that originally consisted only of a nave and a chancel. At the end of the 15th century, the church was rebuilt and got its tower and other buildings. In 1885, the church was once again thoroughly renovated, which was managed by the then lord of Østrupgård Elias Møller.