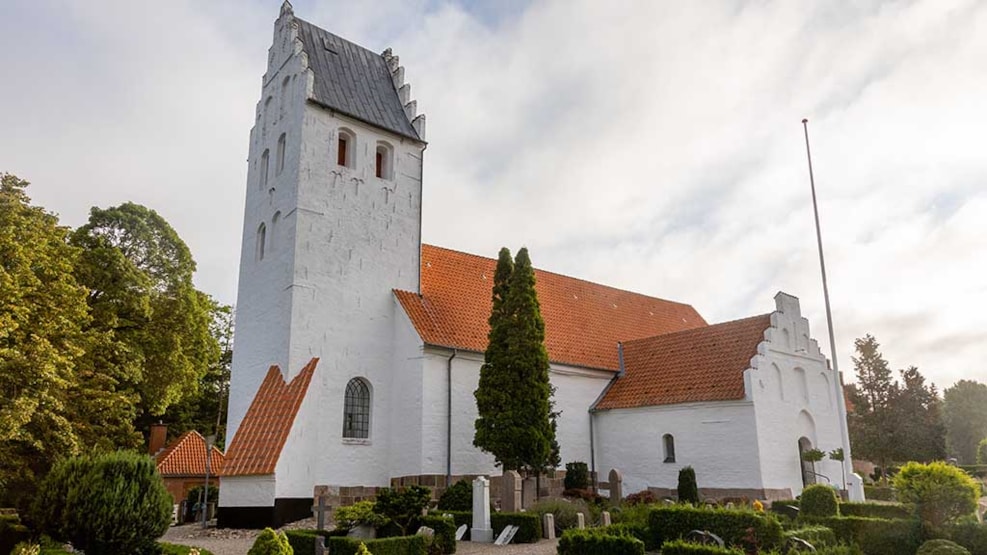 Hårslev Church is a large and beautiful village church between Søndersø and Brenderup, and it has been a rich church - but has also lost its wealth a few times. Today the church is a beautiful sight!

Hårslev Church was built in the 12th century.

The church has been rebuilt many times, the first time in the late Middle Ages, when the church was expanded both to the east and west and got a tower and chapel to the north. In order to raise money for expansions and rebuilding, the church has several times been allowed to sell indulgences before the Reformation - this meant that people could obtain forgiveness of sins by, among other things, giving land and gold to the church. However, the church was plundered for all the gold and silver during the Reformation in 1536, so in that way some of the peasants got their gifts back again ...

During the war between Sweden and Denmark in 1657-1660, the Swedish soldiers looted Hårslev, and the residents sought refuge in the church with their most valuable belongings, but it did not help them. The Swedes sawed a hole in the church door so that an armed soldier could enter.

In 1694, famous Danish psalmist and Bishop of Funen Thomas Kingo bought the churches in Hårslev and Skovby, and shortly after that, Provost Karstens from Hårslev married Thomas Kingo (61 years) and his third wife Birgitte Balslev (31 years). Thomas Kingo died in 1703.