See the old renaissance castle Harridslevgaard and get close to history and old North Funen - and get a unique glimpse into the old delicate halls.

Harritslevgaard or Harridslevgaard? The castle name is spelled in different ways, but it is pronounced the same way. We spell it the Funen way, so we say Harridslevgaard. The castle was once a manor house, which with the name Hareslæf in the Danish Census Book in 1231 was recorded as being part of the king's property. Haræslef belonged to the Crown until 1560 - with a few exceptions - so Denmark's old kings and queens have also been able to live here. We know the old Viking hero Palnatoke lived here in the 10th century. However, the old medieval castle is no longer here. It was demolished when the king's adviser Breide Rantzau bought the manor in 1589, he built the beautiful Renaissance castle which you can see today. The current building is from 1606.

Experiences in the castle

Harridslevgaard is open in the summer season and on holidays in fall and spring - and you shouldn't miss seeing the castle in December when the castle is decorated for Christmas and there's a Christmas market in the large Knight's Hall.

Harridslevgaard is the only castle on North Funen where you can get a look inside. Visit the pretty renaissance castle that was once a hideout for rob...

See Castle Harridslevgaard beautifully decorated for Christmas - and enjoy the Christmas Market in the Knights' Hall. See you in Christmas 2021! 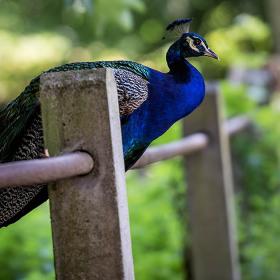 Don't forget to say hello to the fascinating peacocks that live in the park of Harridslevgaard!

Anne, Christiane and the manor

Breide Rantzau's son Cai inherited Harritslevgård, and after Cai Rantzau's death, his widow Anne Lykke was the owner of the manor. She had a relationship with a prince - the eldest son of King Christian the 4th. The king was not thrilled about that - Anne Lykke was, among other things. accused of being in contact with a witch and imprisoned. However, she escaped, married a new husband and lived here for years. Harritslevgaard had different owners, before Christiane Hoppe in 1740 inherited the castle from her husband and built Denmark's largest stud farm, a dairy, a beautiful garden and a very successful farm. After Christiane's time, however, things went worse for the changing owners, who sold more and more parts of the land. In 1829, the manor was placed under the Gyldensteen Estate. The estate later sold the castle itself, but still owns land and some of the buildings. The castle is owned by the Schimko family today.

See the idyllic surroundings of the castle! 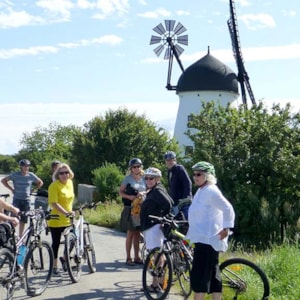 Join the 27 km-bike tour from Bogense to Gyldensteen Strand and the Renaissance castle Harridslevgaard with lots of good stories and great views! 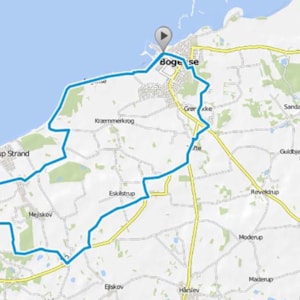 The Harridslevgaard Rote takes you on a 27 km trip, along the coast, though field landscapes with pretty meadows and through wonderful castle environm... 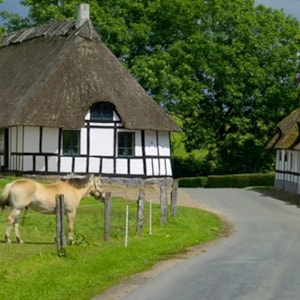 The author Morten Korch was inspired by the beautiful Funen countryside and cozy half-timbered houses. Go on a bus tour in the footsteps of the popula...

Live on the castle!

You can rent a holiday home at Harridslevgaard or the manor house Jerstrup close by - it's your chance to live in stately surroundings! 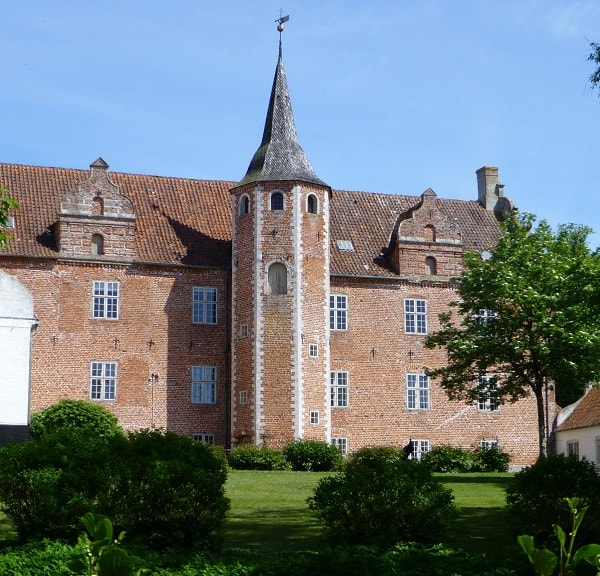 In the Northern wing of the castle, we have a small, newly renovated bed & breakfast apartment that can be rented for one night or several days.There is a private bathroom with a bathtub and shower.  The apartment is designed for two adults and two children, but there is also room for fou...

The beautiful small Tudor style manor, Jerstrup, with a moat and an exceptional medieval granite bridge across the moat was first mentioned in 1328, but the present building dates back to 1719. Since 1804, the manor house has been part of the large manor estate Gyldensteen. The farm buildi...

Get inspired for more on North Funen!